10 Places NOT to Use Your Debit Card

10 Places NOT to Use Your Debit Card


Debit cards have different protections and uses. Sometimes they're not the best choice.

Sometimes reaching for your wallet is like a multiple choice test: How do you really want to pay?


While credit cards and debit cards may look almost identical, not all plastic is the same.

"It's important that consumers understand the difference between a debit card and a credit card," says John Breyault, director of the Fraud Center for the National Consumers League, a Washington, D.C.-based advocacy group. "There's a difference in how the transactions are processed and the protections offered to consumers when they use them."

While debit cards and credit cards each have advantages, each is also better suited to certain situations. And since a debit card is a direct line to your bank account, there are places where it can be wise to avoid handing it over -- if for no other reason than complete peace of mind.

Here are 10 places and situations where it can pay to leave that debit card in your wallet:

"You don't use a debit card online," says Susan Tiffany, director of consumer periodicals for the Credit Union National Association. Since the debit card links directly to a checking account, "you have potential vulnerability there," she says.

Her reasoning: If you have problems with a purchase or the card number gets hijacked, a debit card is "vulnerable because it happens to be linked to an account," says Linda Foley, founder of the Identity Theft Resource Center. She also includes phone orders in this category.

The Federal Reserve's Regulation E (commonly dubbed Reg E), covers debit card transfers. It sets a consumer's liability for fraudulent purchases at $50, provided they notify the bank within two days of discovering that their card or card number has been stolen.

Most banks have additional voluntary policies that set their own customers' liability with debit cards at $0, says Nessa Feddis, vice president and senior counsel for the American Bankers Association.

But the protections don't relieve consumers of hassle: The prospect of trying to get money put back into their bank account, and the problems that a lower-than-expected balance can cause in terms of fees and refused checks or payments, make some online shoppers reach first for credit cards.

With a big ticket item, a credit card is safer, says Chi Chi Wu, staff attorney with the National Consumer Law Center. A credit card offers dispute rights if something goes wrong with the merchandise or the purchase, she says.

"With a debit card, you have fewer protections," she says.

In addition, some cards will also offer extended warrantees. And in some situations, such as buying electronics or renting a car, some credit cards also offer additional property insurance to cover the item.

When Peter Garuccio recently rented some home improvement equipment at a big-box store, it required a sizable deposit. "This is where you want to use a credit card instead of a debit," says Garuccio, spokesman for the national trade group American Bankers Association.

That way, the store has its security deposit, and you still have access to all of the money in your bank account. With any luck, you'll never actually have to part with a dollar.

"To me, it's dangerous," says Gary Foreman, editor of the frugality minded Web site The Dollar Stretcher. "You have so many people around."

Foreman bases his conclusions on what he hears from readers. "Anecdotally, the cases that I'm hearing of credit or debit information being stolen, as often as not, it's in a restaurant," he says.

The danger: Restaurants are one of the few places where you have to let cards leave your sight when you use them. But others think that avoiding such situations is not workable.

The "conventional advice of 'don't let the card out of your sight' -- that's just not practical," says Tiffany.

The other problem with using a debit card at restaurants: Some establishments will approve the card for more than your purchase amount because, presumably, you intend to leave a tip. So the amount of money frozen for the transaction could be quite a bit more than the amount of your tab. And it could be a few days before you get the cash back in your account.

5. You're a New Customer

Online or in the real world, if you're a first-time customer in a store, skip the debit card the first couple of times you buy, says Breyault.

That way, you get a feel for how the business is run, how you're treated and the quality of the merchandise before you hand over a card that links to your checking account.

Buying now but taking delivery days or weeks from now? A credit card offers dispute rights that a debit card typically does not.

"It may be an outfit you're familiar with and trust, but something might go wrong," says Breyault, "and you need protection."

But be aware that some cards will limit the protection to a specific time period, says Feddis. So settle any problems as soon as possible.

We've all heard the urban legend about the gym that won't stop billing an ex-member's credit card. Now imagine the charges aren't going onto your card, but instead coming right out of your bank account.

Another reason not to use the debit card for recurring charges: your own memory and math skills. Forget to deduct that automatic bill payment from your checkbook one month, and you could either face fees or embarrassment (depending on whether you've opted to allow overdrafting or not). So if you don't keep a cash buffer in your account, "to protect yourself from over-limit fees, you may want to think about using a credit card" for recurring payments, says Breyault.

Book your travel with a check card, and "they debit it immediately," says Foley. So if you're buying travel that you won't use for six months or making a reservation for a few weeks from now, you'll be out the money immediately.

Another factor that bothers Foley: Hotels aren't immune to hackers and data breaches, and several name-brand establishments have suffered the problem recently. Do you want your debit card information "to sit in a system for four months, waiting for you to arrive?" she asks. "I would not."

This one depends on the individual business. Some gas stations and hotels will place holds to cover customers who may leave without settling the entire bill. That means that even though you only bought $10 in gas, you could have a temporary bank hold for $50 to $100, says Tiffany.

Ditto hotels, where there are sometimes holds or deposits in the hundreds to make sure you don't run up a long distance bill, empty the mini bar or trash the room. The practice is almost unnoticeable if you're using credit, but can be problematic if you're using a debit card and have just enough in the account to cover what you need.

At hotels, ask about deposits and holds before you present your card, says Feddis. At the pump, select the pin-number option, she says, which should debit only the amount you've actually spent.

10. Checkouts or ATMs That Look 'Off'

Criminals are getting better with skimmers and planting them in places you'd never suspect -- like ATM machines on bank property, says Foley.

So take a good look at the machine or card reader the next time you use an ATM or self-check lane, she advises. Does the machine fit together well or does something look off, different or like it doesn't quite belong? Says Foley, "Make sure it doesn't look like it's been tampered with." 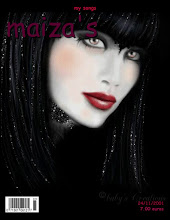 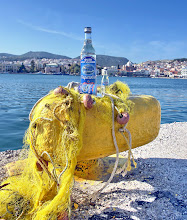 Εποικινωνηστε μαζι μας! Contact us in case you need any Greek product for Export! 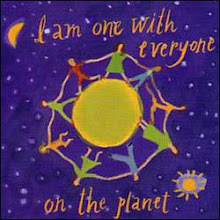